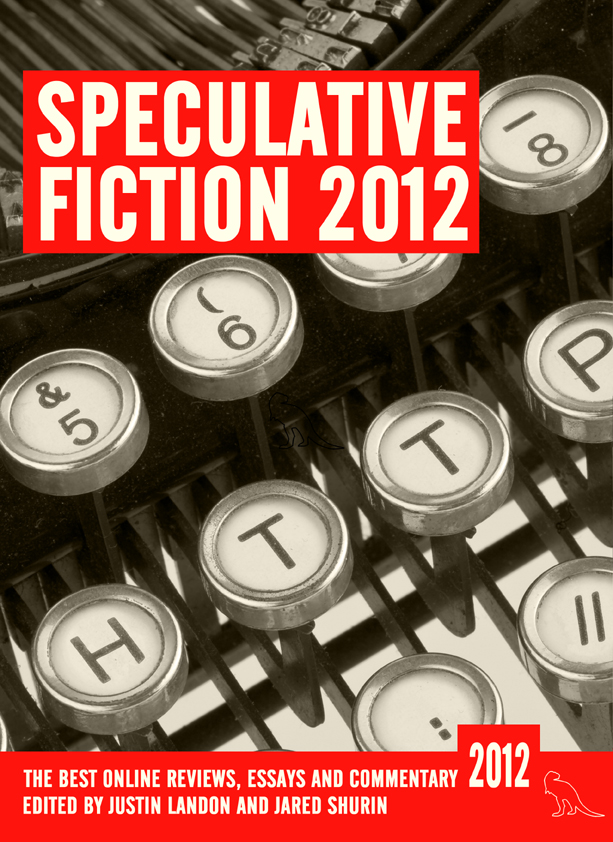 So, the Hugo nominations are out, and there are a number of things I like and many things I have absolutely no interest in. In the end I weakened and nominated some stuff, just so I could feel properly entitled to moan at the final shortlist. I think four of the items I nominated made it onto the final list of 90 or so nominees – I’ll be expecting cash from the lucky few in the next post.

But the really important news about the Hugo nominations isn’t that some weird, slightly cultish, distinctly Tea Partyish, group of American writers have got their arses in gear to exploit the nomination process – anyone with a background in student politics will recognise the effect of organising lists in popular voting – Hackery101. It will be interesting to see if this is the start of a trend of progressive/reactionary organisation for awards.

The really important news is that Speculative Fiction 2012 – featuring my harsh words on Stina Leicht’s “Fey and the Fallen” books  has been nominated for a Hugo. As one of 48 contributors, I’m claiming this as a fractional nomination for a Hugo.

Add that to the earlier nomination of Solaris Rising 2 for the Philip K Dick Award for best science fiction book first published in paperback (?) – to which I am one of 20 contributors with my story “The First Dance” – means that I am a multiple fractional award nominee this year.

In case you’re wondering what that means, I’ve worked it out for you as a simple equation. 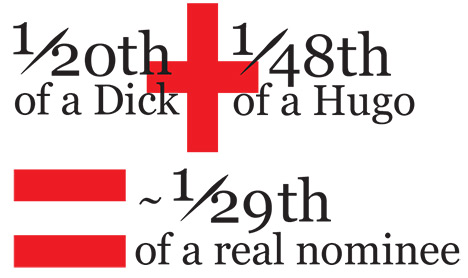