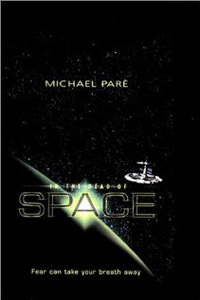 Space Fury (2000) (AKA In the Dead of Space, don’t let Hollywood trick you, if you’re going to watch this crap make sure you’re doing it on purpose) is proof that all you need to make bad movies are an inept cast, terrible script and a pocketful of hope. Live the dream! Martin McGrath refuses to suffer in silence.

We’ve been asked to talk to you about your application to fly the shuttle mission to Space Station Tesla.
You can’t stop me, I’ll kill you all!

Of course. Now, let’s see, you were asked what your ambitions were for your time as a cosmonaut? And you answered…
…to destroy Los Angeles and start a war between the complacent Americans and the Russian oppressors of my people. You have a problem with that? I’ll kill you!

And during an emergency re-entry of the space station you said…
… I would stand on the bridge as the flames lapped around me laughing maniacally at the success of my evil plans. Like this: mwahahaha! Then I kill you. I kill you all!

We’re sensing some hostility here. Is something bothering you?
I’m not angry. If you say I’m angry…

…you’ll kill us all. We got that. Thanks. Can we talk about why you feel like this, Conrad? Tell us about your mother?
My mother was very religious, we argued often. She never loved me and she was quite insane, luckily I’m not. Now excuse me while I play obsessively with my lovely knife. It is very, very sharp.

Are there any other women in your life?
I have had many good friends who are women. And I killed them all. Mwahahaha! With my lovely knife.

But you’d have no problem working with female cosmonauts?
No. Not unless their pheromones taunt me. Then I will kill…

…them all.  I’m beginning to spot the pattern… with your lovely knife? Yes we understand. Can we talk about religion?
I hate God! It is all a filthy lie.

How about modern culture?
I hate it! I hate the corruption, the music, the whores, all those people who aren’t white and the chaos. I will kill it all! With my lovely knife. No wait, I’ll need something bigger. I will use the space station. Mwahahaha!

You certainly have put a lot of though into planning all this. Finally Cosmonaut Conrad, is there anything you don’t hate?
Murder. Laughing. My lovely knife. My mommy. No wait I hate her. No I love her. Hate. Love. Oh, I don’t know… I like pickled onion Monster Munch. They make me burp funny.

Thank you, and goodbye.
I will come back and kill you. I will kill you all! Where’s my knife? Did you take it? Oh wait, here it is. I leave now. Goodbye, until I kill you.

I see no reason why we can’t clear him for the mission.
But he’s a nutjob! A loony! A fruitloop! He’s a cuckoo short of the full clock! He’s clearly suffering from a non-specific psychosis chucked in by writers who couldn’t be bothered to do any research on real mental illnesses and based it all on stuff they’ve seen in crappy movies.

But I’ve checked and, according to Space Fury, neither America nor Russia have a rule against murderous, mother-obsessed, psychopaths flying space shuttles.
Oh, fine, okay then, have a nice flight, Cosmonaut Conrad!

Is there anything else we learn from Space Fury?
You can’t leave the parking to a woman… Space shuttles use seatbelts from a Renault… Attractive female cosmonauts on space stations sleep nude, on beds… After recovering from a head trauma, head-butting someone is probably fine… Don’t watch Space Fury.