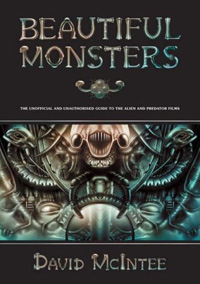 On page 41 of Beautiful Monsters, David McIntee’s book on the Alien and Predator franchises, the author claims that Ridley Scott’s Alien is not a science fiction movie because: “Science fiction is about humanity, and how it might develop under other, usually future circumstances. It asks, will we be better or worse?”

Alien, McIntee says, does not deal with these questions because “it would work just the same if it were set aboard, say, a tramp steamer that picked up something nasty in the jungles of South America.” Aliens, he claims however, is SF because it shows colonists terraforming an alien world. But Aliens isn’t about the colonists, it is about the unit of colonial marines sent to rescue them. And they behave just as a unit of US Marines would have if they had encountered something nasty in the jungles of Vietnam.

McIntee’s attempt to limit the scope of SF could be used to rule out almost any film or book where people behave in a recognisably human way. He has assumed that there are only two possible answers to his question, that we must be either better or worse under other circumstances. Surely it is possible that we will be neither better nor worse but the same or at least recognisably similar.

It seems to me that the idea that blue collar workers flying spaceships, making profits for a company that doesn’t give a shit about their future, might act in recognisably similar ways to existing workers building ships or skyscrapers for corporations who only care about the bottom line, is as valid a piece of SF conjecture as HG Wells’ suggesting that we’ll all become eloi or morlocks.

There are other elements in McIntee’s assessment of these films that I would take issue with. He is either blinded by his own fannish inclinations or, more likely, pandering to his audience in his rating of these franchises. Predator is fun, but hardly merits a perfect ten out of ten. Predator 2 is too average a film and Alien3 suffered too much from studio interference to deserve anything like nine out of ten. While Alien: Resurrection and Alien Versus Predator both fail as films in their own right and as continuations of their franchise’s heritage and surely can’t deserve his generous ratings of seven and six, respectively.

Because Beautiful Monsters is an “unofficial and unauthorised” guide it lacks any illustrations and pictures to illuminate the text. These are sorely missed – especially when discussing cast members or hardware, when the text can be heavy going. Similarly, the chapters devoted to “spin-offery” – books, comics, video games and memorabilia – descend into rather dry lists. As a casual reader – without fannish zeal for the topic – I found a lot of this material hard going, but I also wondered whether there would be enough new information for the true fanatic.

A book that placed more emphasis on analysis than anecdote would, I think, have been more interesting for the casual reader but this book squarely aimed at fans, and so Beautiful Monsters contains the kind of obsessively detailed trivia that fans desire. It is something of a missed opportunity to bring together these franchises, made up of seven very different films, but then refer to them only as discrete objects without meaningful reference to their relationship, similarities and contrasts.

Despite these shortcomings McIntee’s writing style is engaging enough to keep pages turning and there were enough little nuggets of interesting stuff scattered throughout the text to keep me passably entertained. Beautiful Monsters is solidly researched and sensibly put together. It is more a book to dip into than consume whole and its lack of illustrations and narrow scope will limit its appeal to all but a hardcore of fans.