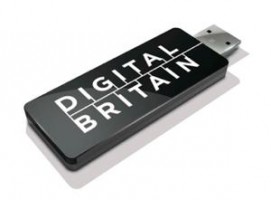 The publication of the government’s Digital Britain strategy, compiled by Lord Carter and released amid a great deal of hype in June 2009, fails to address the real issues facing the British media in this new broadcasting era. It represents a most serious missed opportunity for a country seeking to play a major role in the future digital economy.

There are elements of the report Equity can welcome – the concern to increase access to broadband so that everyone can share in the benefits of the new digital era and the focus on putting greater pressure on those who steal copyrighted material – though even here we believe the government could have gone further, faster. But these positive aspects are more than outweighed by our disappointment at what is missing from the core of Lord Carter’s report – a recognition of the crucial importance of unique content production (and especially drama production) as the driving force for the spread of technology and the key to economic success in the digital economy.

The public service tradition of British broadcasting has contributed to our worldwide reputation for producing programming of the highest quality – programmes that not only enhances our own cultural experience but which have made a major economic contribution through overseas sales and licensing. Digital Britain offers nothing to promote UK drama production and risks fundamentally undermining the key public service broadcasters.

Infrastructure is useless unless there exists high-quality content which people want to access and which creates a market for more services. Digital Britain commits the government to encouraging the take-up of broadband technology and new high-speed networks and to create an audience that is comfortable with using that technology. There is no surer way of achieving both goals than ensuring that those networks provide access to high-quality, must-see content – and Britain’s long reputation as a creator of some of the best dramas in the world puts us in a uniquely advantageous position – but one which Lord Carter’s report entirely ignores and which the government seems determined to squander.

The report contains no commitment to new investment in UK production – rather it threatens to spread funding more thinly and reduce already falling levels of original content production by sharing the licence fee across two public service broadcasters.

Equity welcomes the commit-ment to drama and children’s television within the new remit for Channel 4, but we are concerned that no clear picture has emerged as to how this will be financed and the union is not opposed, in principle, to a second public service broadcaster providing the BBC with competition.

However the union believes this competition should be based on quality of output not on a scramble for the same pot of funding. Equity is opposed to plans to share the BBC licence fee with other broadcasters and does not believe that the merger of Channel 4 with BBC Worldwide provides a viable model for a public service broadcaster creating high-quality content in the future.

If such competition is to benefit the viewing public and to form the basis of a vibrant digital economy then new money for serious investment in expanding our national capabilities as a producer of content must be found. Traditional sources of funding are under pressure so Equity favours the exploitation of new sources. We believe that some companies – broadcasters such as Sky and internet providers like YouTube or Google – are benefiting from public service programming while contributing nothing, or very little, to the industry in terms of new production and employment. We believe that levies on such companies would represent a simple, easily enforceable and demonstrably fair way of raising additional funding.

However the money is found, the simple truth absent from Lord Carter’s report remains obvious.

All the high-speed cables in the world are worthless without material that the public want to download. Whether that material is made in this country or others will be the key battleground in digital economy. A report that seeks to lay the foundations for the future while ignoring this fact is fundamentally flawed.

THE CASE FOR LEVIES

A report produced for the NUJ and BECTU by the Institute for Public Policy Research (IPPR) makes a powerful case for the introduction of a system of levies. Mind the Funding Gap notes that Britain’s public service brands – BBC and Channel 4 – are popular with the public and internationally respected. Successful initiatives such as the BBC’s iPlayer demonstrate that public service broadcasters (PSBs) can lead the way in online innovation and drive the take up of digital technologies.

Public service content remains an important part of the services sold by Sky and VirginMedia,  the five major mobile phone operators and online service providers. A one percent levy on their revenue would raise almost £280 million per year.

The IPPR report recommends that the government put aside money raised from the auction of the areas of the radio spectrum currently used by analogue television and use the money as a one-off “windfall” fund to support a public service future.

“If we value our public service history and future, it is imperative that we take steps to protect and promote it,” the IPPR report concludes. “These may not always be universally supported, particularly by some industry sectors. However, at the heart of this debate is the desire to ensure a future media that is to the benefit of all citizens and society. With such high stakes, it is perhaps unsurprising that solutions will need to be correspondingly bold.”

Professor Patrick Barwise told a Federation of Entertainment Unions conference that a small levy on telecoms and technology companies could have a major benefit. The total revenue of UK broadcasters (including Sky and VirginMedia) was £12.4billion in 2007 but in the same year consumer spending on telecoms and the internet was over £27 billion with another £20 billion spent on hardware.

“To varying degrees, the growth of all these industries relies on the continuing supply of high-quality PSB content. In most cases, that reliance is increasing,” Professor Barwise told the conference. “Pay TV channels are still watched less than PBS channels but pay TV revenue is now much higher than advertising revenue, which is, in turn, still significantly higher than the proportion of the licence fee that goes to BBC television.”

The BBC receives the smallest slice of available money but is responsible for over 90% of the UK’s investment in original production. Pay TV, telecoms and the internet use this content to build their service but contribute little. A modest levy could ensure that they properly contribute to ensuring that that production continues and even thrives in the future.

WHAT IS IN DIGITAL BRITAIN

The Digital Britain report contains 22 pledges covering everything from mobile phones to fibre optic cabling, including:

This entry was posted in Feature and tagged arts, equity, New media. Bookmark the permalink.