AS IF ANYONE CARED: 2012 BSFA NOMINATIONS AND STUFF 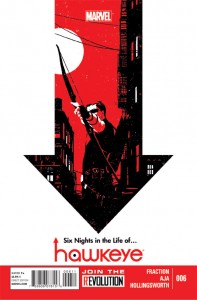 So I was putting together my nominations for the BSFA Awards and it kind of morphed into a wider longer look back at the things I read and enjoyed in 2012. Of course everyone else has already done this and no one really cares, but here’s my list. Nominations in bold are for stuff I don’t think anyone else has yet nominated for the BSFA shortlists.

Overall, it was a pretty good year, sf-wise. In particular I think there’s a good range of interesting and engaging sf novels to choose from even if my list of preferences is very male and very white. Some of my favourite fiction books this year were single-author collections of short stories – it’s a shame I can’t nominate the Barry or Johnson for something or other.

If I had to pick one novel from this list it would be KSR’s 2312. I fell in love with it from the first page of the prologue. It precisely hits my sf sweetspot – politically aware, big ideas, well written.

There’s only one woman on this list, which is unfortunate. I read quite a few interesting sf books by women this year: Linda Nagata’s Nanotech sequence, Sandra MacDonald’s Outback Stars trilogy, Nicola Griffith’s Ammonite and Karen Joy Fowler’s Sarah Canary (but none of these were first published in 2012). I’ve been catching up with KJ Parker and loved the Engineer trilogy but wasn’t as enamoured with her latest, Sharps. Madeleine Miller’s The Song of Achilles pushes 2312 for my favourite novel of 2012 but, no matter how hard I try, I can’t force it into eligibility for these awards.

I found The Dream of the Celt by Mario Vargos Llosa deeply satisfying and memorable.

The novels that I least enjoyed were The Throne of the Crescent Moon by Saladin Ahmed – which I thought was a jumbled mess of a book with some very suspect characterisation, especially of its women, and Existence by David Brin – which is a book so utterly deceitful and so completely vile that it precipitated something of a personal crisis, shaking my faith in the whole genre. I promised to review it for an editor, but haven’t been able to control my anger enough to put my words on paper. Oh and the Clarke Award judges caused me to read part of Sheri S Tepper’s The Waters Rising – I haven’t forgotten, sadly.

Conquistadors, Iain Cairns, Rocket Science
Ship’s Brother, Aliette de Bodard, Interzone #241
The Girl Who Went Out for Sushi, Pat Cadigan, Edge of Infinity
Mono No Aware, Ken Liu, The Future is Japanese
Limited Edition, Tim Maughan, Arc #1.3
Eyepennies, Mike O’Driscoll, TTA Press
The Tomb, Chen Quifan, The Apex Book of World SF
(Not sure if this is eligible. It was first published in 2004 but this is the first publication in English translation)
Twember, Steve Rasnic Tem, Interzone #243
Adrift on the Sea of Rains, Ian Sales, Whippleshield Books

Not, I think, a really strong list. I liked the Sales, Liu and Cadigan best of all.

Of single author, short story collections I read this year, those that I liked best were Kevin Barry’s Dark Lies the Isle, Huang Fan’s Zero and Other Stories, Kij Johnsons At the Mouth of the River of Bees and Tim Maughan’s Paintwork.

Relatively few nominations here, sadly, but the cover of Jack Glass and the Hawkeye cover both stand out, I love the design of the Dark Eden hard back cover and the Captain Marvel artwork is a nice appropriation of a classic image.

Earlier this year I got a tablet – the killer app for me is Comixology, which brings the comic book store home and though I miss the paper artefact, I don’t miss having to box them and store them.

The vote for the cover of Hawkeye #6 in the artwork category above is really a vote for David Aja’s run on the first six issues of Hawkeye. His distinctive, decidedly non-superheroic, take on one of Marvel’s minor (and potentially silliest) characters has been the revelation of the year. The pitch for writer Matt Fraction’s “street” Hawkeye sounded like it was going to be another of those “gritty” (dour and depressing) reinventions of a “classic” hero. But from the opening sequence in issue #1, which recreates an iconic image from this year’s Avenger’s movie and then subverts it with a serious dose of realism, Hawkeye has been witty and smart and fun and beautiful to look at. The covers are uniformly striking too. Someone should make a movie with a 70s, Starsky & Hutch-style soundtrack.

If I’m going to read superhero comics, then I tend to turn Marvel rather than DC. This year I’ve enjoyed Captain Marvel (Kelley de Connick is writing a strong female character without giving in to the more obvious clichés), Wolverine and the X-men, Daredevil and Journey into Mystery. I also caught up with Fraction and Aja’s earlier, excellent, run on The Immortal Iron Fist.

In terms of “graphic novels”, Tom Gauld’s Goliath stands out and my daughter and I both very much liked Zita the Spacegirl and its sequel.

I’ve been reading more online comic strips this year too. By some margin my favourite is Zach Weiner’s Saturday Morning Breakfast Cereal, which manages to make me think and laugh on a regular basis. I also like JL8, Yale Stewart’s cute take on DC’s heroes, Noelle Stephenson’s Nimona, Paddy Brown’s epic The Cattle Raid of Cooley (though I fear he may be running out of steam). Steve Roger’s Captain America is written as though Marvel’s star-spangled Avenger was drawing his own autobiographical indie book. It is new but charming.

My favourite on this list is Karen Burnham’s piece on spacesuits, really well written, packed full of great information and just an excellent essay.

I have found myself increasingly alienated from many sf blogs, the debate takes place at too high a pitch of apoplexy and hate for my comfort.

Many of the best books I read this year were non-fiction, often books on economics and politics. I have, at an almost glacial pace, been working my way through Columbia University Press’s 2011 edition of Gramsci’s Prison Notebooks. It’s slow going but often enligthening. Other stuff included:

Chavs: The Demonisation of the Working Class, Owen Jones, (Verso 2012)
A spot-on dissection of the class war that is raging in Britain and the way in which, as the super-wealthy accelerate away from the rest of us, the poorest have been abandoned and demonised, portrayed as violent, ignorant, skiving animals. This was a book that frequently had me swearing loudly in public places at the injustice of at all.

Merchants of Doubt, Conway & Oreskes (Bloomsbury 2011)
How the techniques developed by corporations to obscure, confuse and delay action against the smoking industry have been adapted to pervert democracy in subsequent controversies such as those over acid rain and the ozone layer and how these strategies of obfuscation have been honed to their sharpest edge in the debate about climate change. What is most striking is how many of the same tiny faction of Cold War-inspired actors recur again and again through this history of deception and betrayal.

Discordia, Laurie Penny & Molly Crabapple, (Vintage Digital, 2012)
As a work of journalism I have problems with some of this book – some details that are stated as fact don’t really stand up to close scrutiny – but as a visceral description of the crisis in Greece, and especially the traumas piled upon Athenian youth, it is gripping. And Molly Crabapple’s art gives the polemic a powerful extra dimension.

Communication Power, Manuel Castells, (OUP, 2009)
It’s the sheer depth and breadth of Castells’ thinking that threatens to overwhelm. Not an easy or light read, but profoundly impressive.

Defending Politics, Matthew Flinders, (OUP, 2012)
This modern take on Bernard Crick’s Defence of Politics very nearly lives up to its predecessor and makes a profound case for the struggle to preserve the often neglected or insulted institutions of politics.

The Landmark Arrian, (Landmark Books, 2012)
I love these editions. They are beautifully produced books with an enormous depth of supporting material and solid translations. I hadn’t read Arrian before, it’s a great introduction.

This this year I read Sappho (Stung With Love: Poems and Fragments by Sappho – trans A Poochigian) for the first time and was astonished by how moving it was.

I also discovered the work of Paul Muldoon – which is odd given that this internationally-recognised poet comes from five miles down the road from where I was born. His work is rich and complex and wonderful, Madoc: A Mystery is extraordinary.

I am currently working my way through The Nature of Things by Lucretius. It’s doing my head in.

This entry was posted in Review and tagged 2012, bsfa, review, sf. Bookmark the permalink.

One Response to AS IF ANYONE CARED: 2012 BSFA NOMINATIONS AND STUFF