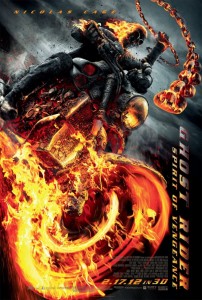 Generally, when someone says a Hollywood blockbuster is “the worst film ever” my reaction is to ball my fingers into a fist and beat him soundly. It’s not that I want to defend big studio releases or even that I think The Matrix Revolutions, Pearl Harbour or John Carter are good films. They’re obviously not.

The reason I want to beat the (patently wrong) opinion-spouting fool to within an inch of his life isn’t because he is displaying faulty critical judgement. It’s because he clearly hasn’t done the legwork necessary to have the right to an opinion on a matter of such importance.

Beneath the A-list, down, even below the “B” and “C” movie trenches, lurks the vile underbelly of cinema. It is this place that is home to the truly awful, the dire and the plain dumb.  If you haven’t sat through The Wicksboro Incident or Space Fury or Recon 2020 (and its sequels) then you don’t get to have a say in what counts as bad cinema. If you don’t have Mac and Me or UFO: The Movie burnt on your retinas, then you’ve never really seen how low the cinematic form can sink.

Every now and then Hollywood executives will chuck vast sums of money at a really, really bad movie. At moments like that we get Battlefield Earth, Southland Tales or Equilibrium – but, noble those these efforts might be in their attempt to introduce a wider public to something genuinely disastrous, they can’t help being marginally competent. They have convincing props, the camera crew know how to focus a lens and keep people in frame, the actors, no matter how wooden, don’t glance furtively at the camera when saying their lines, the special effects aren’t done on a Commodore 64.

So I’m not going to say that Ghost Rider: Spirit of Vengeance is the worst film ever made.

I will say, however, that everyone involved – including the star, Nicholas Cage, two directors and three screen writers – appears to have given everything they had in their attempt to make this a properly shit movie. If effort were enough, then surely Ghost Rider: Spirit of Vengeance would deserve its place in the premiership of bad films.

Nicholas Cage, who used to be an actor, does his best to totally screw up the lead role, twitching and shuffling and fidgeting his way through the film. He has fine support from the scenery chewing trio of Ciaran Hinds, Idris Elba (his French accent a magnificent tribute to the glory days of ‘Allo ‘Allo) and Johnny Whitworth – all three of whom give performances that are of exactly the same (shockingly low) quality as the script they were given.

But it is the writing and direction that really take serious-budget Hollywood film-making in a new direction – mostly vertically downwards.

David S Goyer gets a screenplay credit – which is always a warning signal because for every Dark City or Batman Begins on his CV there’s also a Blade: Trinity orThe Unborn. He’s co-writing here with Messrs Gimple and Hoffman, a pair of TV writers whose credits include the quickly cancelled FlashForward and the lesser loved season two of The Walking Dead. Their various contributions create a script that is rich in cliché and a plot that is surprising only in the sheer volume of stupidity they have managed to pack into a modest 95 minute running time.

Directing team of Neveldine and Taylor don’t make films for people with actively engaged brains. Crank had a certain dumb appeal, mostly due to Jason Statham, but its sequel and Gamer have displayed the invariable truth of the law of diminishing returns. Familiarity is breeding nothing but contempt for their twitchy camerawork, ridiculous action sequences and grimy aesthetic. Ghost Rider: Spirit of Vengeance takes their work to a new low – it is stupider, less exciting and more pointless than anything they’ve done before. For Neveldine and Taylor Gamer was the point when their career stepped over the boundary from silly kitsch to serious crap. Ghost Rider  revs up its flaming motorcycle and, beginning with that border checkpoint point long lost in its mirrors, keeps going until everyone involved is up to their neck in ordure.

The potential audience for this Ghost Rider sequel seems small. No one much liked the first film when it was released back in 2007. The character struggles to maintain his own comic book. And even Nicholas Cage must think a movie where all the interesting acting is done by a computer graphic of a flaming skull isn’t going to enhance his career.

So who was this film made for?

Watching that CGI skull gape wide, for what felt like the seventeenth time in the film, as the directors zoomed in for a close-up on the money shot special effect, it came to me.

Ghost Rider can only have been made for dentists.

Dentists with a speciality in flaming demon teeth.

“Oooh, look at that glowing molar,” I hear them mumbling softly to themselves in the back row of the cinema. “More incisor! Give me more incisor, baby!”

Now I’ll grant you, spending $75 million on a movie that appeals to such a narrow audience might seem foolhardy. But what other logical reason can there be for a film that seems to stop dead so often just so we can look into the prominently displayed maw of its protagonist?

At last, a film for demon dentists. And morons.

Nothing in Ghost Rider: Spirit of Vengeance makes much sense. The plot stumbles around like a drunk on a bouncy castle. However, just when you think you’ve seen it all, the end of Ghost Rider has one more, very special, treat for you.

In the final scene – faced with the death of the boy who would be an unstoppable Satan on Earth – Johnny Blaze reaches inside the (previously entirely demonic) Ghost Rider to draw forth the fallen angel that (apparently) dwells within (even though we’d previously been told at least twice that there was no sign of him/her/it). We know Johnny is successful because a singly bony hand, now burning blue not orange, reaches on to the screen and brings the boy back to life. Ghost Rider: Spirit of Vengeance may be the only film ever made where the “happy ending” relies on the hero bringing Lucifer back to life and so, presumably, dooming the world to an eternity of domination by an evil monster. At this moment, any pretence that what the audience has sat through for the previous hour-and-a-half might, however tenuously, have meant anything at all is shredded and the pieces tossed in the air like confetti at a wedding of the utterly stupid and the totally absurd.

I’d have felt less insulted if the cast and crew had walked out from behind the screen and pelted me with handfuls of their own faeces.

Ghost Rider: Spirit of Vengeance isn’t the worst film I’ve ever seen, but you’ve got to admire the hard work and dedication of all those who did so much to drag it down so far. A very valiant effort.